This is the character design for the protagonist of my animated short Cowterspace.

The primary goal in my character design was to create a protagonist that resembles a cow but does not have the typical form of the animal one would expect.

The viewer should instantly recognize the character as cow, assisted by basic attributes (ears, horns, udder, skin/fur pattern) while the body shape and movement of the character resembles a smaller and more agile creature. I also tried to achieve a design, that efficiently displays basic emotions by just using the eye(lid)s, eyebrows, ears and mouth to avoid having to animate very complex facial expressions. The cow should of course be able to make the viewer believe it is physically capable of its actions. Lastly the cow had to be cute and make it easy for the viewer to sympathize and put himself in its place.

This is the final design with textures and first animations:

Rendered image of the final design: 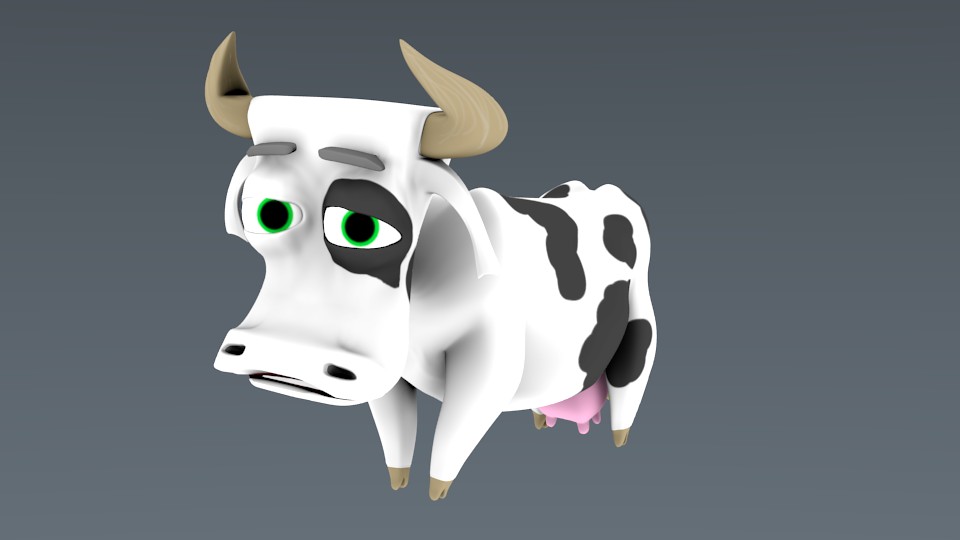 Earlier version of the design without textures. I rendered this one with outline to achieve a comic-like look, but decided to go for another look for the final result.

These are my first scribbles. I tried to stick to basic shapes for the face. The final form of the body primally developed in the process of modelling. 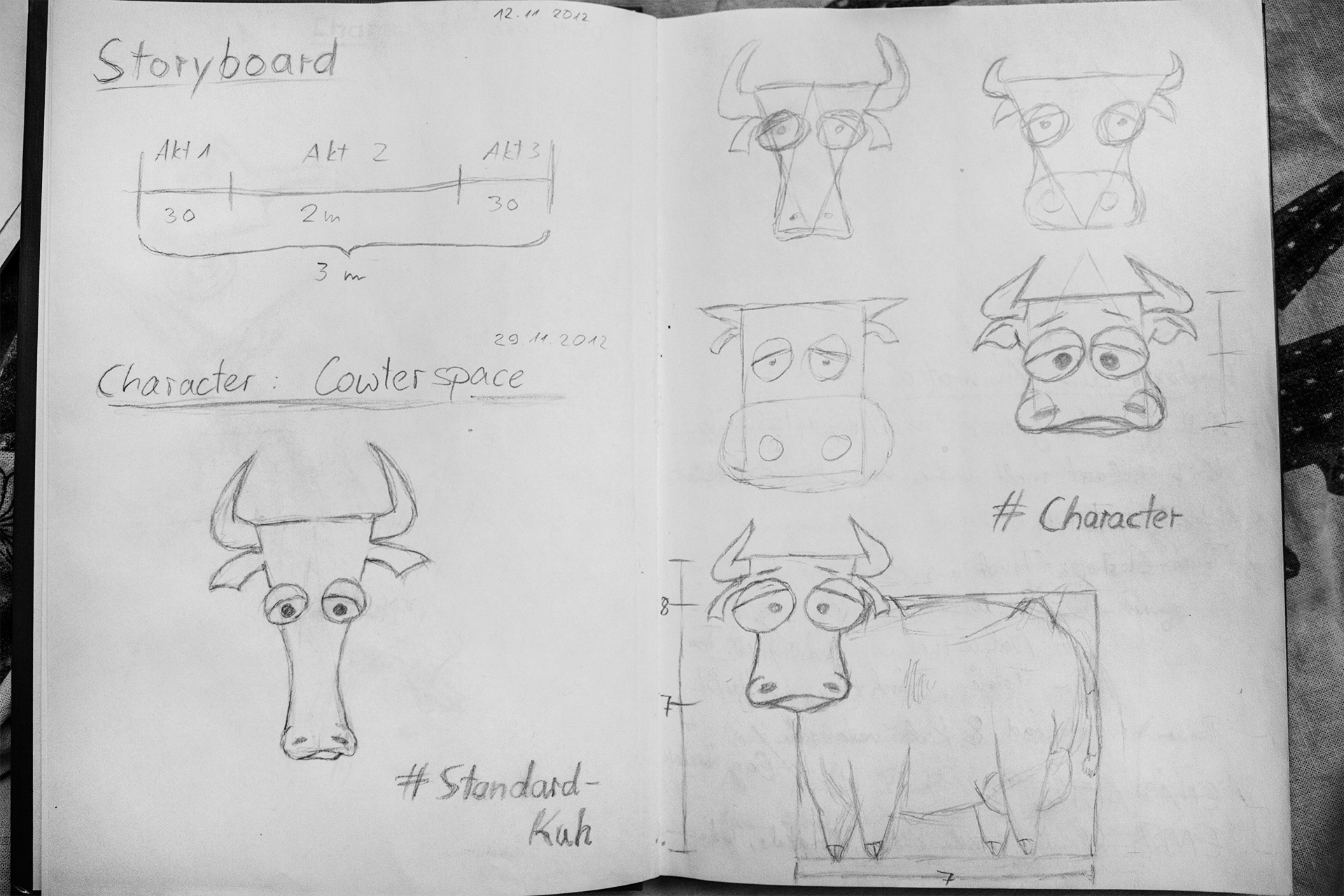 We use cookies on our website to give you the most relevant experience by remembering your preferences. By clicking “Accept all”, you consent to the use of ALL the cookies.
Wir benutzen Cookies auf unserer Webseite, um Ihnen durch das Aufzeichnen von Seiteneinstellungen das bestmögliche Erlebnis zu ermöglichen. Durch einen Klick auf "Alle akzeptieren" stimmen Sie ALLEN Cookies zu.
Reject all | Alle ablehnenAccept all | Alle akzeptieren
Manage consent

This website uses cookies to improve your experience while you navigate through the website. Out of these, the cookies that are categorized as necessary are stored on your browser as they are essential for the working of basic functionalities of the website. We also use third-party cookies that help us analyze and understand how you use this website. These cookies will be stored in your browser only with your consent. You also have the option to opt-out of these cookies. But opting out of some of these cookies may affect your browsing experience.
Necessary immer aktiv
Necessary cookies are absolutely essential for the website to function properly. These cookies ensure basic functionalities and security features of the website, anonymously.
Functional
Functional cookies help to perform certain functionalities like sharing the content of the website on social media platforms, collect feedbacks, and other third-party features.
Performance
Performance cookies are used to understand and analyze the key performance indexes of the website which helps in delivering a better user experience for the visitors.
Analytics
Analytical cookies are used to understand how visitors interact with the website. These cookies help provide information on metrics the number of visitors, bounce rate, traffic source, etc.
Advertisement
Advertisement cookies are used to provide visitors with relevant ads and marketing campaigns. These cookies track visitors across websites and collect information to provide customized ads.
Others
Other uncategorized cookies are those that are being analyzed and have not been classified into a category as yet.
SPEICHERN & AKZEPTIEREN
Unterstützt von