For the Interactive 3DAV course I had access to my university's Virtual Reality Lab, which is equipped with a really impressive multi user realtime 3D system.

I teamed up with Florian Erdmenger and we worked on a three dimensional music installation we named Looproom.

I think the concept is best understood by demonstration, so just watch the video!

These are a few of my first sketches for the idea, basically the interaction concept stayed the same during the whole project. 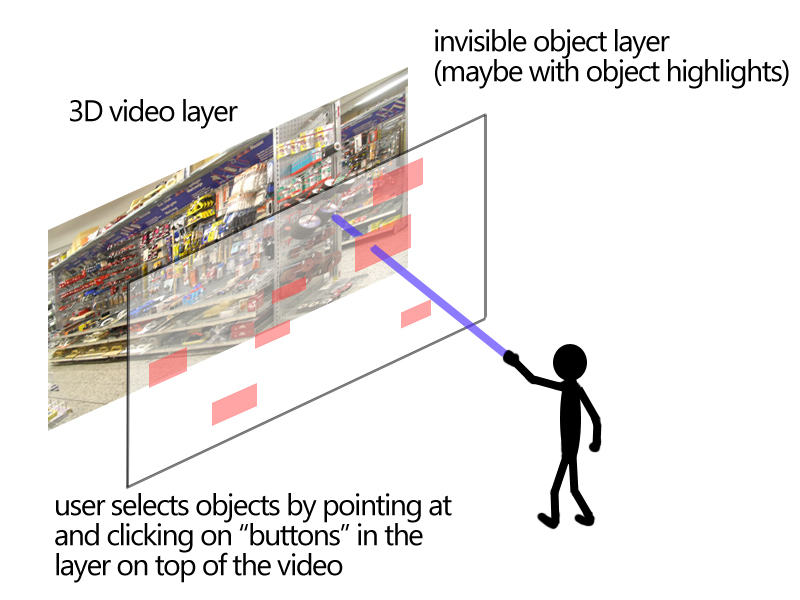 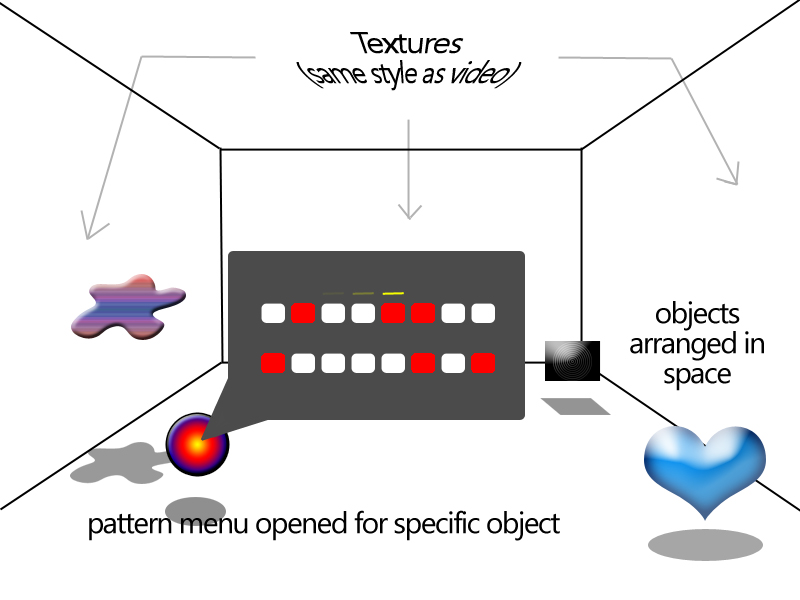 Our final version was exhibited at the Summaery, the university's yearly display for students' works.

There are some (sadly poor) pictures of people playing around with the installation. It was surprisingly astonishing that our work was well received by people of every age. Kids as well as senior visitors liked to explore the sound variations and the effect the space has on them.

If you want to read what it's all about (or maybe you didn't understand it from what the video showed) I'm giving you a short abstract from the documentation:

The project was a cooperation between students of Media Systems and Media Design, under the guidance of Prof. Ben Sassen. The aim of this project was to create contents for the VR-Lab, which contains a multi user 3D screen for up to four people and a wave field synthesis sound system, allowing users to locate sounds independent from their own position. Each user is being tracked seperately via infrared sensors and there are numerous input devices making it possible to manipulate the 3D environment. [...] For our final version of the application, we chose a supermarket as theme. The user should pick up groceries in the market and then create rhythms/beats with them in a modelled fridge. We liked the idea of taking something everyone knows from the daily life, and putting it into a completely different context. The user experiences making music with something he‘s familiar with, but maybe never thought of in this way.

Read the full documentation here!
We use cookies on our website to give you the most relevant experience by remembering your preferences. By clicking “Accept all”, you consent to the use of ALL the cookies.
Wir benutzen Cookies auf unserer Webseite, um Ihnen durch das Aufzeichnen von Seiteneinstellungen das bestmögliche Erlebnis zu ermöglichen. Durch einen Klick auf "Alle akzeptieren" stimmen Sie ALLEN Cookies zu.
Reject all | Alle ablehnenAccept all | Alle akzeptieren
Manage consent