Sleepless is my second animated short and ties up my bachelor's studies as my final project. The film follows a little kid into his fantasy world trying to rescue his stuffed animal from cruel monsters.

The whole film was created within Blender and rendered with Blender's Cycles engine. Following various influences and references I tried to achieve a videogame-esque look. My goal was to create an animated short summing up all the technical knowledge I had gathered so far – within a working phase limited to just 15 weeks.

The consequences were a very open concept and merely rough storytelling, allowing me to flexibly face all the difficulties, technical problems and lack of time naturally arising from a one-man-project of this dimension. 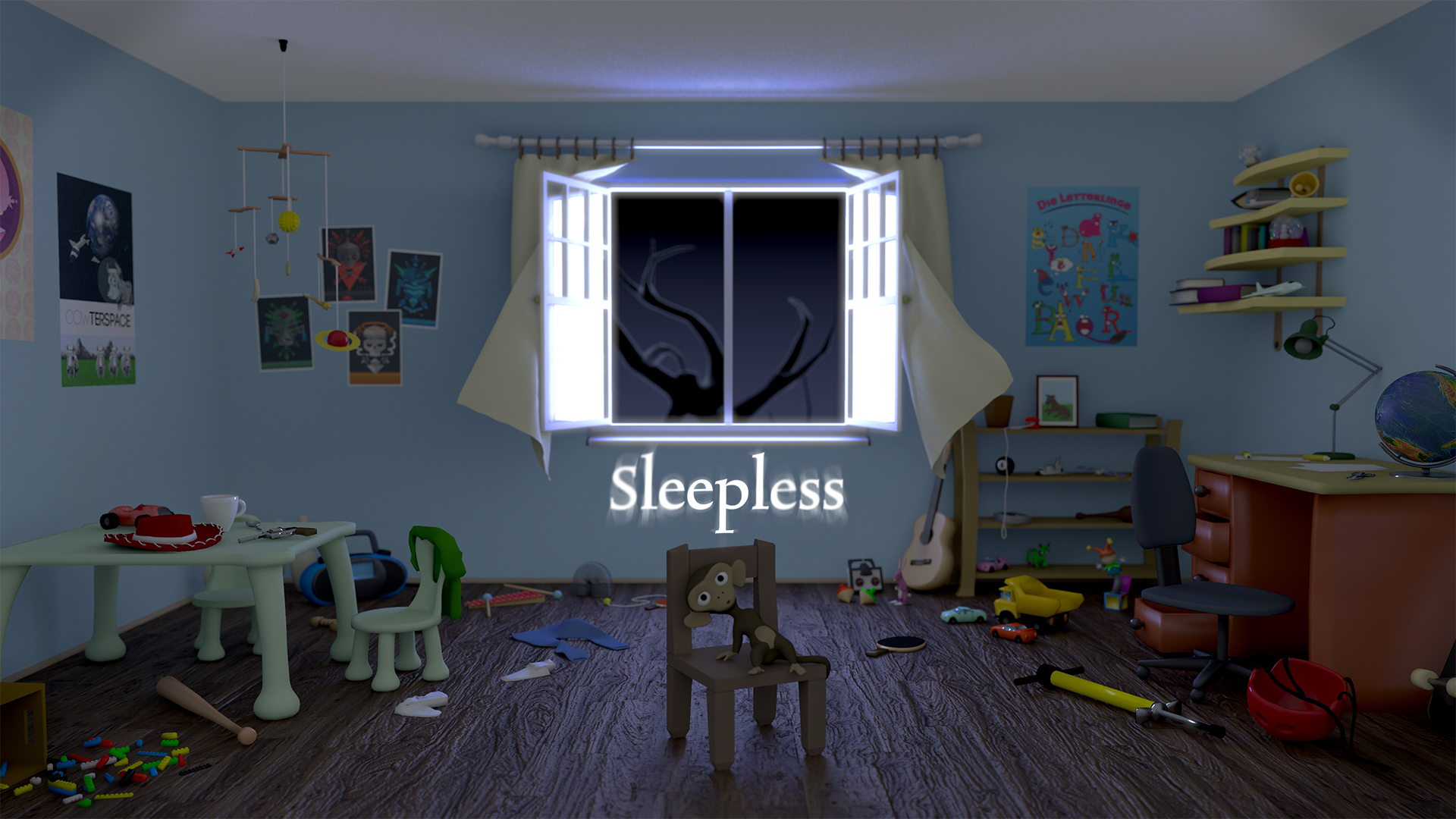 Pictures of the development progress

Take a look at some work-in-progress pictures and high resolution images of the models.

We use cookies on our website to give you the most relevant experience by remembering your preferences. By clicking “Accept all”, you consent to the use of ALL the cookies.
Wir benutzen Cookies auf unserer Webseite, um Ihnen durch das Aufzeichnen von Seiteneinstellungen das bestmögliche Erlebnis zu ermöglichen. Durch einen Klick auf "Alle akzeptieren" stimmen Sie ALLEN Cookies zu.
Reject all | Alle ablehnenAccept all | Alle akzeptieren
Manage consent